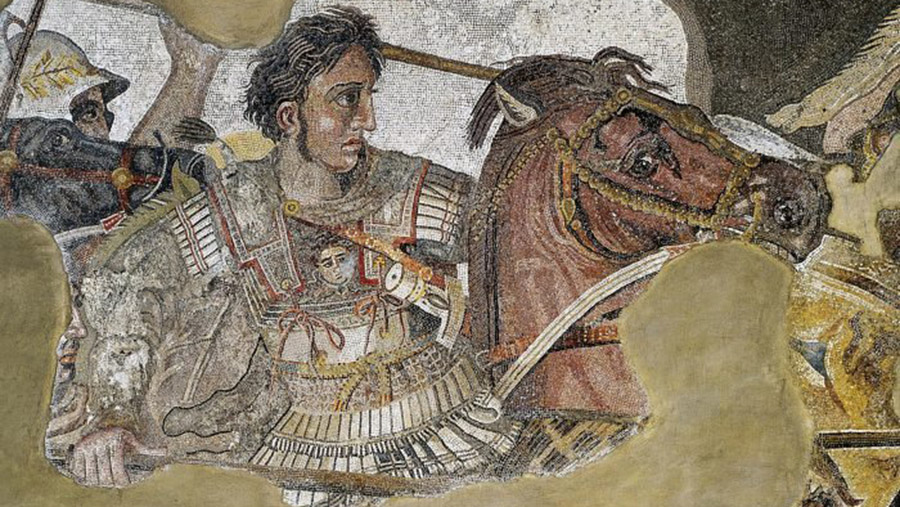 Two years after the launch of Starlings Television, Starlings Entertainment’s TV division led by Chris Philip saw its first two series, Pandora on the CW and Departure on Peacock in the US, both go to a second season. They will be followed by female-driven drama series Veil, which is gearing up for production next.

Beyond that, the company has greenlighted murder mystery series Sherlock’s Daughter, executive produced by The Closer creator James Duff, and a slate of TV movies, starting with thriller The Admirer starring Roxanne McKee, Tina Casciani and Richard Fleeshman.

Additionally, Starlings TV has two high-profile series projects in advanced stages of development, Alexander the Great, a collaboration with Ben Silverman/Propagate, whose pilot is being written by Vikings and The Tudors creator Michael Hirst; and Romanovs spy thriller Red Winter, written by Stephen Kronish (24, The Kennedys).

The company just wrapped production on The Admirer in Bulgaria where the company also shot Pandora, sold internationally by Sony. The Admirer and the second seasons of Pandora and Toronto-based Departure (sold by Red Arrow) were all filmed during the pandemic with strict Covid-19 protocols and rigorous testing and were completed without a single shutdown, Starlings TV president/executive producer Philip said.

A former longtime distribution executive, Philip discussed how the indie startup is navigating the challenging TV landscape, from working with streamers who take a project’s all worldwide rights to selling to a myriad of local broadcasters around the globe.

“The strategy is to, of course, do what everyone else is doing by packaging the best possible package and trying to sell to the US networks, and whatever the deals looks like depends on who we go with, whether it’s a global deal with a streamer or if it’s the U.S. and then distribution takes it,” Philip said. “But there is another model that I’ve always stuck to it, and it’s piecing together everything and making (the project) anyway, not relying on any one voice or company to decide our fate on something we worked so hard on over the development process.”

Sherlock’s Daughter and Veil were developed in-house, with Starlings TV commissioning scripts and then attracting the attention of global distributors with the material.

“We have several others where distributors are coming at the development stage to secure their position as a partner and guarantee their right to sell,” Philip said. “They co-invest with us in the development process.”

The murder mystery follows a young American woman who, after the mysterious murder of her mother, travels to London to track down her biological father – the legendary Sherlock Holmes. But Holmes is not the mythical figure Amelia has come to expect. Duff executive produces alongside Philip and Starlings Entertainment CEO Karine Martin.

While the Arthur Conan Doyle books are largely public domain, Netflix got into a legal entanglement with the author’s estate over Sherlock’s portrayal in the movie. The lawsuit, which was recently dismissed, was followed closely by Starlings Entertainment’s legal team to ensure that Sherlock’s Daughter is in the clear as the series is being taken out.

On futuristic drama series Veil, Starlings TV has partnered with Nordic Entertainment (NENT) Group, one of Europe’s largest broadcasters, as well as Herbert Kloiber’s Night Train Media and Canada’s Mediabiz International. The show chronicles an imperfect woman’s journey through an augmented reality space where she is perfect.

Starlings has two finished scripts and a bible for the project and is building up the cast as it is getting ready to shop it to US networks.

Alexander the Great will be shot in Greece with Greece’s Antenna Group as co-producer. G5 Fiction and ZDF Enterprises also are involved in the project, which reunites Silverman and Hirst following their collaboration on The Tudors.

Distributor Mediawan is also Starlings’ partner on the slate of TV movies, starting with The Admirer, which tells the story of a woman searching for answers when her smart house and social media are hacked by a mysterious person with a dangerous obsession.

“We are making them just a little bit bigger budged and better quality than some of the typical thrillers for television,” Philip said of the slate, adding that the plan is to produce 6-12 films a year. A few will likely be shot in Bulgaria, with the rest filmed in other territories, including California and Canada, based on the movies’ settings as well as Covid conditions around the world.

Starlings TV’s parent company, Starlings entertainment, a media group launched in 2017 by Mediabiz and DMH Holdings, co-financed the award-winning Elton John biopic Rocketman. Starlings also made a cash investment in the UK-based country music fan app backed by John, Countryline. Their strategic partnership recently expanded to include a first-look deal to develop film and TV projects with Countryline talent and IP, and four TV projects are already in the works.

“Starlings Television is part of a company that is forward thinking, that is financially solid, that is agile that is led by highly experienced executives,” Martin said. “I hope the next few years will be as great as the first three.”